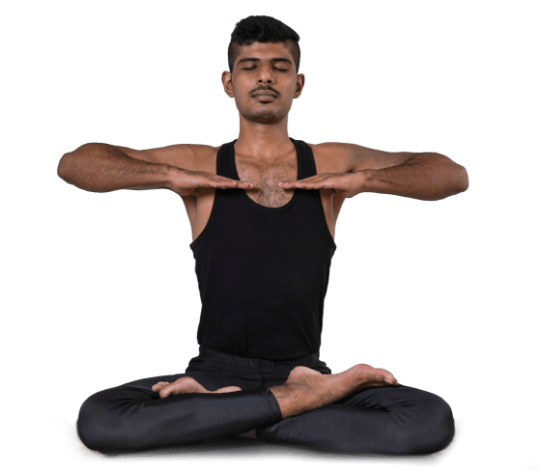 Under the aegis of K11 Education, the K11 School of Yog aims to take the  education of Yog Teachers to a new height in India and across the world.

Living up to its legacy of operating as an educational institute of global  repute in the field of fitness sciences, K11 Education has spent years on the  development of the Yog Teachers’ Course syllabus to bring it up to the level  of K11’s standard of excellence.

Formulated and developed by an extremely highly qualified and experienced  exponent of yog, the K11 Yog Prashikshak Course is one of the most  comprehensive and professionally-oriented Yog Teacher Training programs  available across the country.

The 400-hour comprehensive Yog Prashikshak Course offered by the K11 School of Yog is:

Also currently in the process of getting accredited as a Registered Yoga School (RYS 200) with the Yoga Alliance, USA which is the most respected professional registration body for a yoga teacher, globally. Successful completion of the course will also make the sadhak (student) eligible for a professional membership with the Yoga Alliance, USA as a Registered Yoga Teacher (RYT 200).

Bring back passion in teaching that reignites curiosity dampened by 'formal education' in the students aspiring to be Professional Personal Trainers, Yoga Teachers, and Nutritionists.
Provide an immersive learning experience with fully interactive, face-to-face, classroom-laboratory instruction, via state-of-the-art, online, remote mediums, as well as brick-mortar schools. 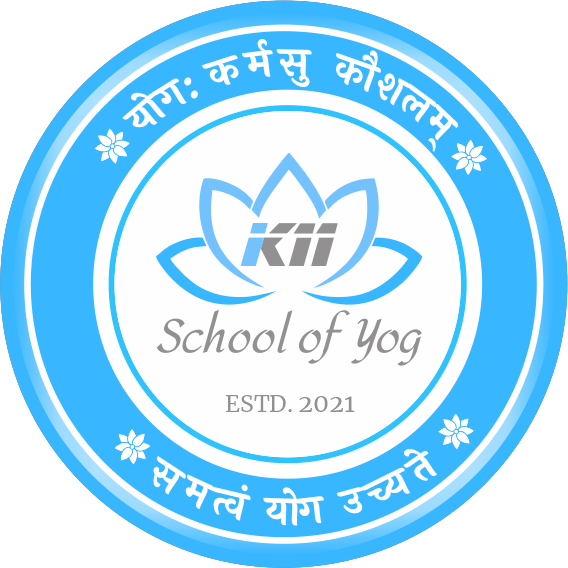 For the K11 School of Yog, action on philosophical premises and application of knowledge forms the foundational pillars on which its entire functioning is based. Thus, the tenets of the School speak about skill in action which is a result of balance and equanimity.

This means:
One who wisely performs all actions without any attachment can get rid of both good and bad outcomes in this life itself. Therefore, strive for Yog,  which is the art of working skillfully or skill in action.

Yogah Karmasu Kaushalam
translates to ‘Yog is skill in action’.

This means:
Be steadfast in the performance of your duty, O Arjun, abandoning attachment to success and failure. Such equanimity is known as Yoga.

Samatvam Yog Ucchyate
translates to ‘Equanimity is known as Yog’.

These verses were spoken by Lord Krishna to Arjuna in the Bhagavad Gita.
Upon seeing the condition of Arjun right before the great war of Mahabharata,  Krishna who was Arjun’s friend and mentor starts speaking about the true nature of human life and expounds about Yoga. 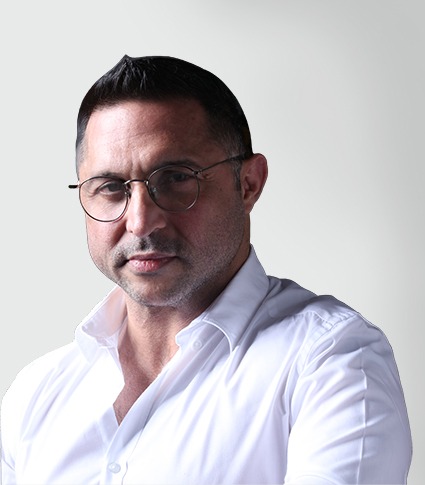 He is regarded as India’s first professional personal trainer, starting his journey way back in 1993. Since his teens, he had a passion for strength, and he thus began his journey as a bodybuilder and powerlifter.

He is widely regarded as the man who formalised and brought respectability to fitness sciences education in India. Previously, there were no proper Brick-Mortar schools where students who aspired to become Personal Trainers could come and learn about exercise science. Completely unaware of this need gap of quality education, being a born teacher, he understood no other way of education.

He needed a school to teach; classrooms for lectures and a Fully Equipped Gym as a Lab for teaching Biomechanics (Form & Technique of Exercises).

When one delivers education with the passion of Mr. Capadia, hungry for knowledge minds simply gravitate towards this source. Steady growth in the number of students led to the Growth of the Schools and K11 soon had Pan India presence.  5 schools, in 4 states, 5000 students a year, 65 teachers, and 140 backend support employees.

Over 18 years, the K11 School of Fitness Sciences has become the Gold Standard in Vocational Education catering to the Fitness Industry.   K11 is now the largest human resource provider to the Indian Fitness Industry.

In its 15th Year, came International recognition, and portability of qualifications for its students wanting to work abroad. His customer centricity borders on the obsessive.

It is well known that no one is more important to him than the K11 Student. He drove the K11 Student First Culture, which now is firmly embedded into the psyche of every K11 Team member. Due to him one can safely say that K11 obsesses over Student First.

It is this, limitless devotion to students that makes K11 Alumni into a veritable sales force, constantly promoting their beloved school and influencing the people looking up to them to enrol in K11.

As the principal of the school, his lifelong quest for knowledge pertaining to optimising strength performance started taking on a new shape.

Over the years, he became more aware of the sheer magnitude of the power of the mind (psycho) over the rest of the body (soma). Understanding the complexities behind the nature of the mind became an obsession.

Physical Strength never became less important; in fact, it was his obsession with physical strength performance that led him to understand that strength performance, being neuromuscular, is majorly contributed to by the sheer power of the mind. He further understood that control over the mind was achievable through meditation and being in a meditative state.

Being the strength devotee that he was, meditation took on a whole new meaning for him. To him, it meant a skill that allowed for complete control over one’s mind, leading to unhindered optimal movement and force generation, on demand. Meditation (Dhyana) being an important and integral part of Yoga, got him extremely interested in the subject.

This interest is what drove him to wanting a school dedicated toward yogic science. He believes, if something that pertains to human performance is powerful, then it must be taught.

Since K11 is in the business of making masters; it had to be a school with a course that would leave no stone unturned to turn sadhaks (students) into thorough, registered, and certified Prashikshaks (Master Teachers) He started actively thinking about a School of Yog.

A sense that it had to be a lot more powerful than the conventional proponents make it to be, took hold over Mr. Capadia’s consciousness, and he earnestly started his search for a true and genuine domain expert who could formulate a K11 course for Yog Teachers.

An authority on the subject who would create a course which would meet the standards and criteria of what constitutes education at K11 Schools.

The course had to be scientifically objective, and most importantly, it had to be based on the correct premises, plus simultaneously aligned with national and international standards.

His search for the right domain expert made him meet many. Each one disappointed thoroughly with their shallow answers about the real essence of Yog.

Finally, his search culminated one day, abruptly when he met Mr. Ramanjitji Garewal.

He was eminently qualified and spoke with a great degree of objectivity.

Over many beautifully interesting and invigorating conversations, he was convinced that he had finally found the man who would do the following:

That was 3 years back.

Today, he is proud of the course created by Ramanjitji. Proud of the K11 School of Yog, and its flagship foundation course – The 400-Hour K11 Yog Prashikshak’s Course. 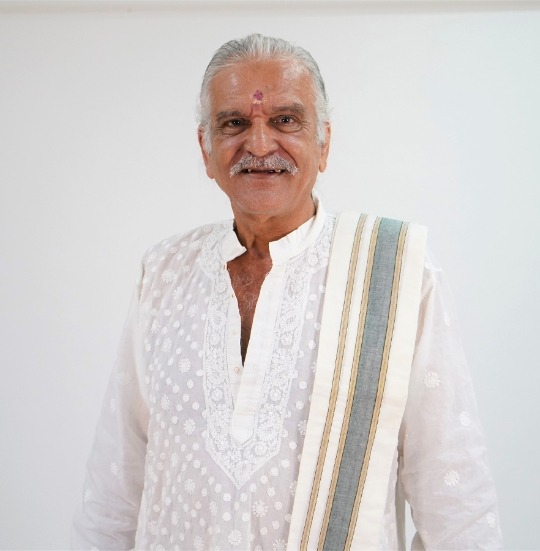 He has travelled extensively all over India and the world.
He has more than 25 years of Yog teaching experience, which he is bringing  to K11 as Head and Principal of the K11 School of Yog.

His experience is supported by his many degrees, advanced diplomas and certifications, which has enabled his empanelment as a Lead Examiner by The Yoga Certification Board under the aegis of the Ministry of AYUSH, Government Of India, and his Registration as E-RYT 200 and RYT 500, E-RYT 500 (presently the Highest level of Registration with Yoga Alliance USA, the world’s foremost prestigious Register of Yoga Professionals.

He has an M A in Philosophy (Yoga) from Mumbai University.
He is presently Academic Committee Member and Senior Faculty at NAVI,  Mumbai.

He is also an Art of Living Teacher since 2001.

He set up and was the Head of Department of Yoga and Meditation at  St Lauren, Shirdi, Maharashtra and has also taught at some of Mumbai’s  leading and popular Yog studios.

He holds many prestigious certifications and is:

He holds Diplomas and Advanced Diplomas in Yog, Mysticism and Mythology from Mumbai University, India.

His articles have appeared in top publications such as:

He is listed in the prestigious The Times Of India Directory of Yoga Teachers.

He has conducted Yog Retreats and has attended innumerable workshops and seminars.
He is a graduate in Commerce and holds a Post Graduate Diploma in Indian  Theater, both from Punjab University Chandigarh, India.
He schooled from the famous and prestigious St. Columba’s School, New  Delhi, India.

The parent company, K11 Education Pvt Ltd is an Approved Funded Partner with the National Skill Development Corporation (NSDC), a body established by the Ministry of Skill Development and Entrepreneurship (MSDE). This partnership entrusts the K11 School of Yog with the responsibility of producing skilled Yog Prashikshaks (Teachers) who can practice as Freelance professionals or can seek employment as Teachers in various Yoga schools across the country.

K11 School of Yog is accredited as a Registered Yoga School (RYS 200) with the Yoga Alliance, USA which is the most respected professional registration body for a yoga teacher, globally. Successful completion of the course will also make the sadhak (student) eligible for a professional membership with the Yoga Alliance, USA as a Registered Yoga Teacher (RYT 200).

Open chat
1
Let's chat, we're human
Got any questions? Get in touch with the course counsellor!